A Soundscape of Healing

At a talk this September at the Royal Institute of Art at Stockholm by Sound Artist Tarek Atoui I found myself asking about the relevance of art and design for contested places, spaces with layered meanings, uncomfortable associations, memorials built for those lost to a painful past. What defines empathetic design? What is the role of art in healing? And in the context of this article can soundscape contribute to this?

Journeys change people, they transform perspectives and at times shed new light on ‘how’ and ‘what’ we see. 2018 has been a year of changing perspectives. The world around you is swirling at its pace but certain encounters change how one views this, forever.

This summer I found myself walking through a grassy meadow with worn out but neatly laid out brick structures in the backdrop. I trekked through this almost empty space tucked away from the mad city rush, chaos and confusion. But each tread in this expansive ‘nearly empty’ green setting was emptying me further one step at a time, emptying me of love, faith, optimism and a belief I have held to strongly about a fair world. It was a walk that changed me forever…a pilgrimage that brought alive all that is wrong with humanity, society, people, us. How incongruent…contrasting even, the green, almost manicured, perfect landscape setting was to the reality of loss, chaos, deprivation, human degradation that this landscape had witnessed. 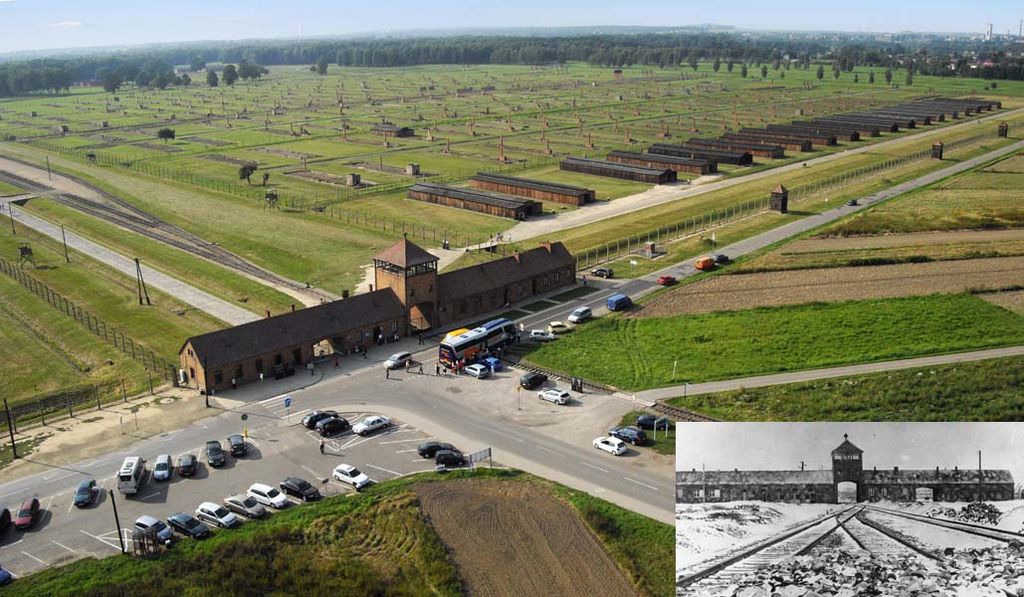 In the midst of my failing attempts of regaining from this sense of acute loss where I knew no one, nor those of the past nor the fellow travelers of the present, I heard something. It emanated from a small group of visitors humming behind me. I left my group that had moved ahead and found myself being drawn backwards by the healing hymn of pilgrims who had probably suffered the loss…. Even if those that suffered you did not know personally, the sense of loss was all pervasive. In this new soundscape, the landscape transformed, it seemed more peaceful, the green quieter and the sun brighter. The silent screams subdued and the sharp voices of commands diminished.

I was walking through the Birkenau camp at Auschwitz II on the outskirts of Krakow In Poland, a witness to an extreme human tragedy which remains unforgotten after 70 years. Humanity remembers, reiterated in the words of a colleague months later commented how the annual visitation at the site outnumbers the victims. The verdant landscape, the quietness of the place for me was a contrast to what was the reality of its inheritance of memories, memories of the sufferers, memories of repentance but also memories of each soul that quietly visited this world heritage site. No one returned the same, no one traced their footsteps back untouched, each left their mark on the ground each sigh mingled with the quietness of the turbulent air.

There were the screams, there was the panic, there was death and decay, each wall panel, storyboard, picture, exhibit, remain, children’s shoes told the story that could not be told. No narrative can reach deep down, reliving that people unknown, unattached yet for that moment in that space related, related through pain, trauma and despair and a deep sense of loss.

I have come back changed…forever. I cannot look at the world in the same way. I also wonder how a landscape that portrays despair can be so full of vitality, that portrays death and decay be so green, portrays shrieks and screams mixed with commands be so quiet. Which designer thought of interpreting the landscape narrative in this way. Should it have been left to nature? Would it be more appropriate if the grasses had grown tall, a bit wilder, a rendition of a space not sanitized but more out of a deep memory of a painful time, living not forgotten, resting in a space that with time is returning to the lap of nature.

But in all of this the real awakening was of the impact of the soundscape. The real healing was the sound, the hymn…. As if time had stopped for that brief moment and the landscape was speaking. There was a sense of repentance, a mention of forgiveness, a breath of love and compassion connecting the past with the present. A suffering humanity today sending back the goodness of spirit in time and space. Can a landscape really represent this adequately? Can a landscape architect be up for this challenge of working with a site for healing? Or do we leave it to mother nature to claim it as her own… for her to claim her own.

I have returned but still remain suspended in that place, changed as a person, as a pilgrim. Through the mist of the suffering and the healing emerges the hymn from the lips of fellow travelers… soothing and calming, almost forgiving. We all will be part of that soil in the end.